"Man who fuck ugly dog get howled at."

"We have 1,056 articles" -> seems my pills against OCD aren't working /sarcasm

Changed the capcha to simple and added this: http://www.mediawiki.org/wiki/Extension:SyntaxHighlight_GeSHi Let me know if there are any other extensions that could be handy - defyboy

After looking at most of them... i think all the templates needs a revision/update, i imagine you or other members of the staff are aware of it (there are logs of changes in lot of them), and also i imagine is not an easy task, but there are some easy to fix:

Hi euss.. i found these FS supported by the PS3 on the net. they aren't listed on the wiki:
CELL_FS_ADMINFS // ???


i only need to know if they are real or not and what they do.
Here are the Mountpoints that are listed on the wiki http://ps3devwiki.com/wiki/Files_on_the_PS3.. maybe a new page with them can be really useful!
Deroad 16:07, 28 June 2012 (MSK)

Euss, have you used 4.3X shop firmware before? As the 4.3X still uses the same method that pre 4.3X firmwares to stub all XMB items except those "sel://" calls, stubbing those is done by the modules which prevent them from working.--Ps3hen 15:34, 19 November 2012 (MSK)

Actually I was referring to CEX/Retail and the default MFW tasks used to add Install Packages. Didnt look far into it, was just glad to see wiki was up, saw your edit and it reminded me of something in my backlog of that day, so I thought, lets add that note before I forget Euss

About the naming of Shop FW. Terms like "SEX" are just pseudonyms, shop firmwares are technically CEX firmwares, they only work on ps3s with a retail (CEX) Target IDs, and the term "shop" is only mentioned in the index.dat, version.txt, vsh.self(update URL). The term "SEX" is never mentioned in Shop FWs. In the UPL.xml, shop FW uses the same <Product> value as retail FW (CEX-ww). I personally think it is incorrect to exclusively refer to retail FW as CEX FW, and then to say shop FW is SEX firmware as if it is SEX is another kind of target ID. It's more correct to say Retail FWand Shop FW and class them both under CEX Firmware, or Firmwares made for CEX consoles. And as a side note, because they are both made for CEX PS3s, it is relatively easy to install either retail or shop fw on a CEX PS3 regardless of which one is already installed. Just generally, naming FWs after target IDs is incorrect, it just so happens that for all PS3 types (except CEX) there is only one FW type which can be used with it.--Ps3hen 09:18, 22 November 2012 (MSK)

The SEX shortcode is just a made up name. It saves you from writing "CEX/Retail patched to Shop/Kiosk/Demonstration by adding promo_flags in root of PUP or a firmware officially downloaded from Shop updater server which updates independant from normal CEX/Retail server" - see also Target ID Euss

I see, well perhaps having a note next to SEX Firmware in the software settings table, just so people understand it's a CEX firmware too. Yes I have seen the Target ID page recently.--Ps3hen 10:18, 22 November 2012 (MSK)

Havent looked at authIDs, but I know both ROS where filled with 0.85.009 which is a DEX preretail FW - thus I assumed it was the DEH/cookie13 (it is a cookie13 for sure). But looking at the TargetID 83 made me doubt and it seemed a CEX preretail. Perhaps it is a CEX QA flagged, capable of runnning DEX - like that CBEH.
Euss

It could be a special QA Token Flag that allows installing of FW for other Target-IDs or the FW just doesn't check the Target ID. (Or: Maybe it's a preretail CEX FW?; The CBEH (CECH Prototypes) that I know do have CEX Target ID)
Strike Venom

OK, it's the "normal" 085.009 ROM -> Either it's not checking the Target-ID (If you look at the ebootrom structure, there's no way for the installer to determine for which Target ID this Update is) or a special QA-Flag is required.
Update: I asked someone who owns a DEH-H1001-D and he says that the PS3 accepts only DEX Updates (even 4.30+!), so if this is a valid dump from a DEH-H1001-D, there must be something else that allows installing DEX FW on CEX.
Strike Venom

This is how I have it:

OK, it's the "normal" 085.009 ROM -> Either it's not checking the Target-ID (If you look at the ebootrom structure, there's no way for the installer to determine for which Target ID this Update is) or a special QA-Flag is required.

here's something for you https://mega.co.nz/#!8gFmVISS!YVoW6We6sRKQVIh8UJdb08LJaUByl2dVLQUDZNhLjIk 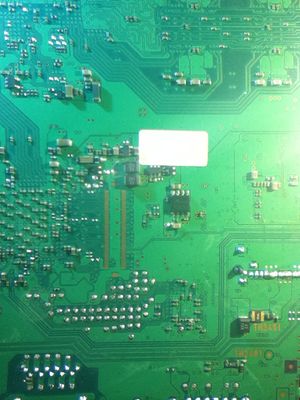 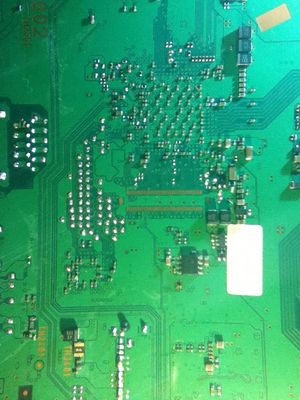 Sorry about the lack of updates, I'm back on board to tidy a few things up. I've doubled the RAM on this box so it's much faster but the main page is still dog slow, I propose we update to a much simpler template to lighten the load. Example: http://www.psdevwiki.com/ps3/Template:Main/sandbox Thoughts? Next order of business: spam