Anatomy of a PS4 Game Disc

The Identification & Serialization Data from a PlayStation 4 Game Title contains several Information, which you can find not only on any Game Disc pressed for the PlayStation 4, but also similar for any PlayStation 3 and/or any other Console-based Game Disc, and other Media pressed on CD, DVD and Blu-ray. 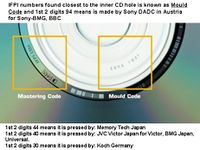 CD showing IFPI-Codes in detail - there is no BCA visible 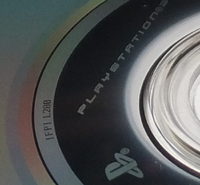 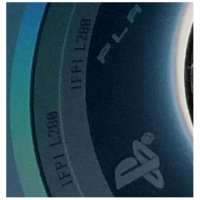 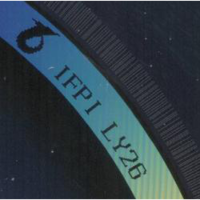 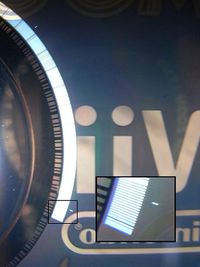 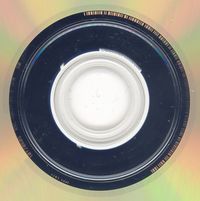 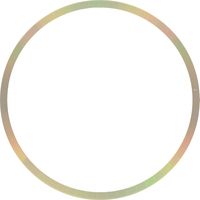 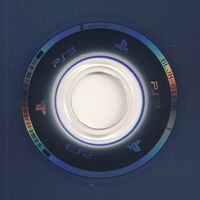 Complete inner ring from a Japanese PS3 Game Disc showing the Mastering Code together with the IFPI logo, the Matrix Code (Productcode) & the Toolstamp (in clockwise direction) 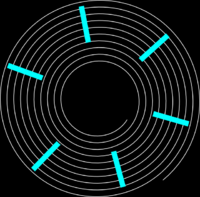 A sketch about the Angular Marks on a optical disc

Screenshot while reading a pressed Blu-ray Movie with Angular Marks

The Source Identification Code (SID-Code) can be found on almost all pressed optical discs worldwide since 1994, originally planned as a piracy safeguard, but it's also used for acceptance sampling. It contains two codes, a Mould Code and a Mastering Code. Each code consists the digits "IFPI" (named by the International Federation of the Phonographic Industry) followed by a four or (less often) five-digit code. These two codes are located in the inner ring from any optical disc (outside the data section) and can be used to trace the location from a manufacturing or mastering plant, where the disc got pressed.

Note: There were no distinctions between a single-layer and a dual-layer Game Disc pressed on DVD, UMD and BD. Furthermore both PS2 and PS3 Game Titles pressed in

Austria shares the same Mastering Code since Sony DADC Austria AG moved the stampers from Anif to Thalgau until the end of March 2013, independently that the Mastering Code differs between PS2 and PS3 Game Titles.

The Matrix Number (also known as the Matrix Code) defines an internal alphanumeric code system during the Mastering Process.

When any project get finished, such as audio files for a Audio-CD, movie and/or game files for a DVD/Blu-ray Disc, the Mastering Plant creates a Glass-master Disc. Literally speaking, those aren't Discs like any from retail because in most instances, a Mastering Plant use die glass plates similar to those used in printing. Such a die glass plate are also called Grandmother Disc because this is the very first Disc storing the files from a finished project.

Because those Grandmother Discs are fragile (and mostly larger compared to a retail Disc), you can't use it as a template to press Master Discs for the retail market. Therefore a Mastering Plant creates a negative copy from the die glass plate with the difference that this new plate consists of metal (mostly from Nickel and Zinc). This new metal plate is called the Father Disc (also known as the Metal-master Disc). After the Father Disc was created, the Grandmother Disc gets fully destroyed.

Since the Father Disc was created and more durable due to their metal ingredients, it would be technically possible using this one template for Replication of retail Discs. But because a Mastering Plant wants to press on several machines simultaneously for faster replication (and to save that one metal plate as a backup), they produce a exact copy from the Father Disc commonly between 20 and 50 times through galvanization. Those copies are called the Mother Disc(s), since those are only copies with the same metal surface like used for the Father Disc, with the difference that those Mother Disc(s) are again positive copies due to the galvanization method (similar to the Grandmother Disc).

After several Mother Disc(s) were created, it needs to create again negative copies to use them finally for replication. Those called Son Disc(s) (or stamper) have already the same form like a retail Disc including the central opening and can be finally used for the replication process. Those stampers keeping their properties for ordinary five years, but even if some gets consumed, it's still possible to create copies from one of the Mother Disc(s) or even from the Father Disc itself, if needed.

Those codes are also detectable in the inner ring (outside the data section) nearby the Mastering Plant SID-Code, with regional distinctions but with the same rule. Every code gets printed separately (with a hyphen between the codes from the Father- and the Mother Disc), while dual-layer Discs shares only the code from the Father Disc. In spite of that, physical Game Titles released in Japan for both on the PlayStation 3 and PlayStation 4 contains the Productcode instead of a Matrix Code (which is a characteristic feature for the Japanese market using Productcodes and other catalogue numbers for serialization). This Code is also parted with a hyphen because of the same rule (but without any difference between single-layer and dual-layer Discs because there is only one Productcode printed two times on a dual-layer Disc).

Similar to the Matrix Code, the Toolstamp also defines an internal alphanumeric code system during the Mastering Process. As the name implies, every Game Disc gets an additional stamper code which stands for the machine who reproduced the retail Game Disc using the Son Disc as a template. It helps the Mastering Plant for faster troubleshooting when there are any errors reading from several retail Discs, for example. So they can replace and/or destroy the stamper. This is a common method when a stamper wears out, for example.

The (Narrow) Burst Cutting Area ((N)BCA) can be used for adding further Information such as serial numbers or any other Information about the manufacturing process etc. The BCA-Code is written using a Nd:YAG laser and can be also used as a security measure to avoid illegal copies from a original pressed disc (as used on Game Discs both for the Nintendo GameCube & the Nintendo Wii). Therefore it's impossible to reproduce/copy the BCA with a standard optical disc drive running on a PC/Laptop.

Sometimes blank recordable & rewritable discs (such as DVD-R/RW/RAM) also contains a BCA-Code, while Information about the CPRM and other DRM-policies were stored.

A Pre-recorded Media Serial Number (PMSN), located inside the BCA, can be stored on a Blu-ray Disc (but extremely unlikely on PS3/PS4 Game Discs because there was an idea from the Blu-ray Disc Association (BDA) during the early development stages from the Blu-ray Disc to avoid online functions (BD-Live) from Blu-ray Movies burned on recordable Media - but which was never in use since BD-Live works also on recordable Media even when the AACS copy protection is fully removed).

This (pre-recorded) PIC Zone, which is included within the BCA (Data size: 0x73 bytes), contains general Information about the disc that includes, but is not restricted to:

Angular Marks are also a security measure to avoid piracy. It makes the difference that these Marks were located in the data area of a disc (outside the BCA). It works similar to the old Bad Sector copy protection, were the CD-ROM got pressed with zero-filled Physical Sector Numbers, which were unreadable for very old outdated optical disc drives without a RAW-writing function. Instead, the sectors are readable (error correction will fix the angular marks), but a special feature of the DVD controller allows recovering the bit-exact position and size of the laser mark. The result is then stored signed in the BCA, so that the reader can validate it. Since the laser marks are written after producing the discs, the marks cannot be as accurately as required to pass a given BCA. This method is used on the Nintendo GameCube, for example. This can be circumvented by placing strings of zeros in the actual bitstream, which - to the reader - look identical to an angular laser mark.

It is known[6] that Sony (Pictures Home Entertainment) use these Marks for their retail Blu-ray Movies to avoid illegal copies (which is easy to bypass), but there are no Information about the applicability on PS3/PS4 Game Discs pressed on BD-ROM.

It is unknown if any PS3/PS4 Game Discs contains a ROM Mark because these Marks were only in use when there were several Mastering plants who got the order to press identical DVD's and/or Blu-ray's (for example when one plant in Portugal and another one in Finland got the orders to press the same Blu-ray Movie with identical Languages and Subtitles for releasing in several European markets. Therefore it works like a copy protection between all Mastering plants and those are able to verify if there were other (unlicensed) Mastering plants who reproduces a DVD and/or Blu-ray without permission (like on Third World markets with illegal copies in China, for example). But it seems that there is only one Mastering plant for each Region who owns the License to press PS4 Game Discs. As like, it would be redundant that PS4 Game Discs contains a ROM Mark.

So the ROM Mark can be also used as a security measure against piracy, which works together with AACS and already in use with several pressed Blu-ray movies. Of course it would be possible that the ROM Mark communicates with any other file(s) on a PS3/PS4 Game Disc, but with which one (EBOOT.BIN/INSTALL.PKG)? Therefore the following can be thought of as a general Information.

ROM Mark or BD-ROM Mark is a serialization technology designed to make it more difficult for replication plants to do unlogged over-runs (being sold out the back door, without the copyright holder's knowledge) on a pressing.

Only licensed BD-ROM manufacturers have access to the equipment that can make these unique ROM Marks (physical-layer to store key cryptographic secrets).

Although every machine used to laser-cut a master disc is theoretically the same, the motor that spins the blank disc and moves the laser along a spiral track varies slightly in speed and precision. So if a digital marker is put in the middle of a recording, its physical position on the master disc - and every disc then pressed - will be a unique fingerprint of the cutting machine.